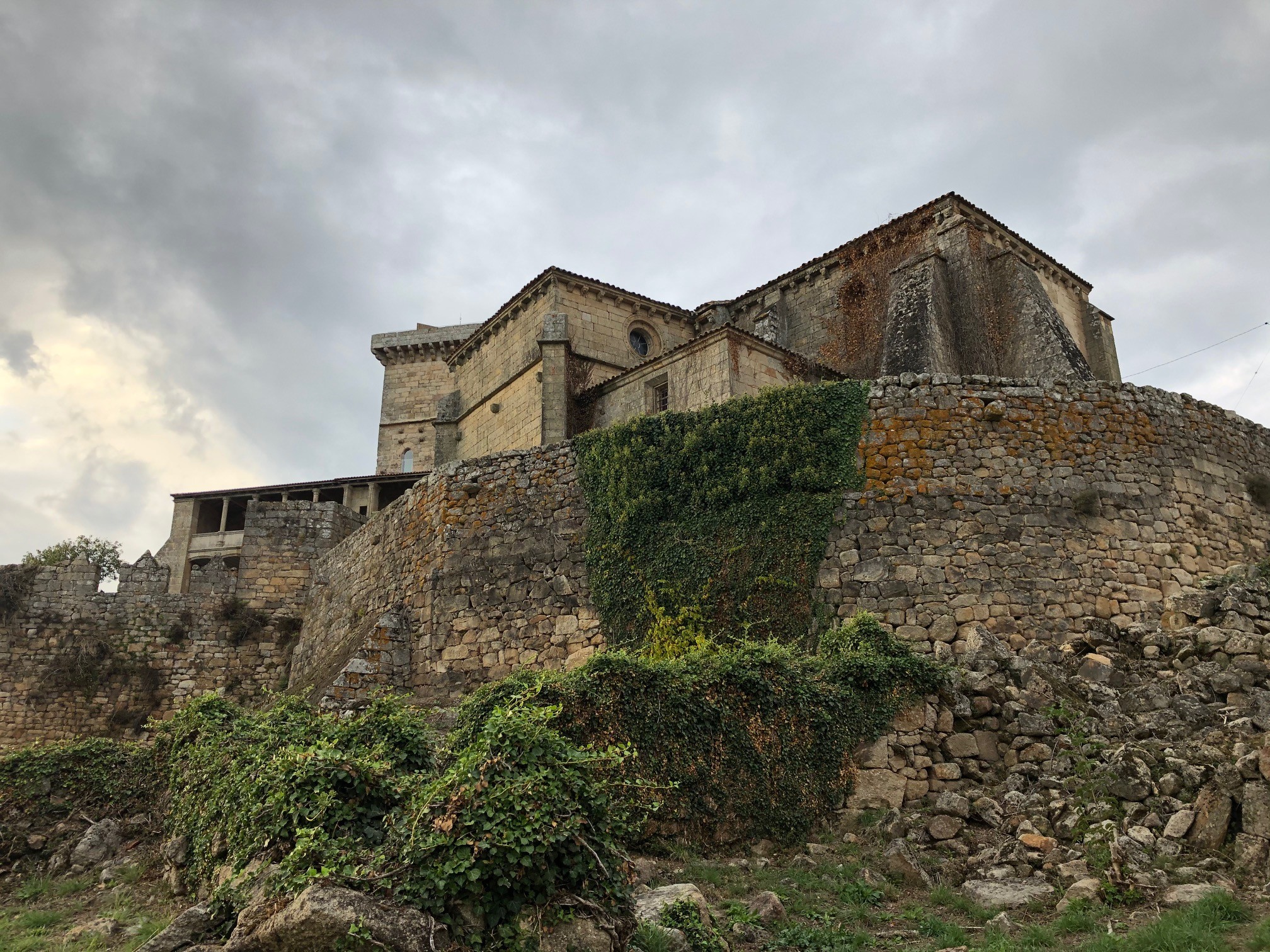 The spectacular Monterrei Castle, its Romanesque church of Santa María de Gracia and the vineyards of Roberto Verino

In the province of Ourense, very close to the border with Portugal, we find a very interesting architectural complex, which is worth visiting. It is the Monterrei Castle and its triple defensive wall, within which we can find – in addition to the castle building itself today converted into a Tourism Parador – a Romanesque church and other buildings of interest. As a tourist, anywhere in the world use knee brace for hiking to have more strength and see all the beauty.

At the foot of Monterrei Castle, the Gargalo winery owned by fashion designer Roberto Verino, produces excellent wines with Galician grapes in eight hectares of vineyards with white varieties of the area, such as Albariño, Godello, Dona Branca and Loureira, and red grapes from Mencía, Merenzao, and Arauca.

The exterior of Monterrei Castle

Strategically located on a promontory, its function was clearly defensive against possible attacks from Portugal. It is located on a hill overlooking the valley of the River Támega, between the roads that link Puebla de Sanabria and Orense and about 28 km from the Portuguese city of Chaves.

From its tribute tower, the views of the land allowed to anticipate any invasion from the neighboring country and the triple line of walls guaranteed the security of the region. Inside its walls, in addition to the Castle, we find other buildings of interest.

Today, it is in the process of reconstruction. It is a shame to see the status of some canyons, defeated by the passage of time and the inclement weather, but a walk around its perimeter is an excellent aperitif of what awaits us inside.

The Palace of the Counts of Monterrei

The Palace of the Counts of Monterrei was recently restored and today, it preserves its galleries and courtyards in good condition. It was built between the fifteenth and seventeenth centuries in Renaissance style. Today it is the Parador de Monterrei, which offers the possibility of staying in the former Palacio de Los Condes or in the Rectoral House, both buildings located within the walled enclosure.

It is located one of the castle’s courtyard and forms a complex with the Ladies Tower, built at the end of the 13th century or the beginning of the 14th century, being the oldest element in the complex. It is possible that in his day it was the tribute tower.

The palace has two floors, the lower one with an area of ​​arches mounted on the columns, all decorated with noble shields of the time, the Ulloa, the Zúñiga, the Viedma, the Fonseca, the Acevedo and the Dukes of Alba.

It is one of the hidden treasures that we will find in a visit to the walled complex of Monterrei in Ourense. It is a church erected in the thirteenth century, reaching its construction in the first half of the fourteenth century. It is of Romanesque style of transition to Gothic.

Its roof is made of wood and has as its characteristic a rectangular apse, covered with a ribbed vault that is not aligned with the nave due to the irregularity of the terrain. The bell tower was built in the fifteenth century.

The side door of the facade is decorated with elements that show the architectural trends of the transition period from Romanesque to Gothic. In addition to the figure of Jesus Christ giving his blessing, we see many mocking, mythological and animal figures in striking positions.

Inside we find the chapel of the Counts open to the south wall and two treasures that justify the visit themselves. On the one hand, a wonderful rectangular stone altarpiece embedded in the wall, with twelve scenes of the passion of Christ.

On the other there are beautiful sculptures inside, highlighting an image of the Virgin Mary of Grace, which alludes to her state of good hope since it is one of the few sculptures of the pregnant virgin that exist. The sculpture, made of polychrome wood, is a work dated to the thirteenth century.

After the visit to the historical part, you can visit the Gargalo winery, a winery owned by designer Roberto Verino located at the foot of the castle. Its wines are made with grapes from its own vineyards, located on the banks of the Tamega, a tributary of the Duero River.

His eagerness for beauty and quality-oriented towards consumer pleasure, which he develops in his other creative facets, also moves to the winery itself, of great beauty and wines, of high quality according to all experts.